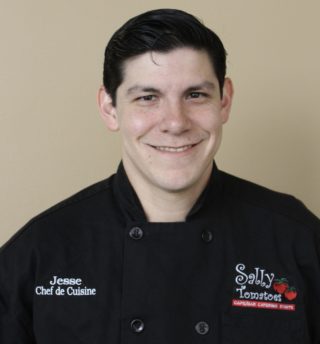 Growing up in California’s central valley, Chef Sanborn had always been involved in agriculture. Having worked on dairies and farms throughout his teen years, his knowledge of farm fresh produce led to his initial background into the food world. However, it was cooking traditional Mexican cuisine with his mother and grandmother that led him to his passion in the culinary arts. After graduating El Diamante High School in Visalia, CA, Chef Sanborn attended Sonoma State University. After realizing that his desire was to pursue a career in the culinary arts, he soon transferred to Santa Rosa Junior College, where he achieved his degree in Culinary Sciences.

Chef Sanborn has been in the culinary industry for over 14 years. He has worked throughout California, including restaurants in Fresno, Visalia, and Clovis. He was the leas banquet chef for his hometown minor league baseball team in Visalia, The Visalia Rawhide. His experience in Sonoma County has ranged from restaurants in Napa and Sonoma counties, as well as different wineries in Sonoma County. He is currently the Chef de Cuisine at Heirloom Café, where he continues to incorporate his culinary experience and flare into all the dishes he creates.