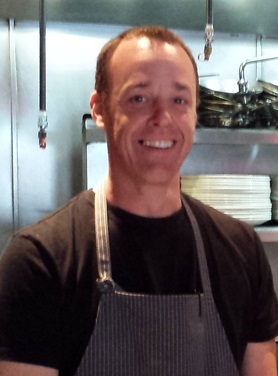 Darren McRonald worked in restaurants throughout High School and College, but it was at Table 29 in Napa Valley in 1991, as the Pastry Sous Chef, that actually launched his cooking career. Darren then went to New York City to work at the famed Le Cirque. He moved on from there to Chez Panisse and spent four years fine-tuning his skills in all kitchen positions before moving back to the East Coast where he was Chef de Cuisine at a number of notable Manhattan restaurants. He then spent six years as the Executive Chef and General Manager of the Tinhorn in Upstate New York. Darren completed his East Coast tenure as Chef de Cuisine at Bellavitae, one of The New York Times ‘Best New Restaurants of the Year’ in 2005. Darren moved back to Northern California in 2007 and was the Chef and Managing Partner at West County Grill until joining the team at Cindy’s Backstreet Kitchen where he spent the four years proceeding his creation of The Pullman Kitchen.