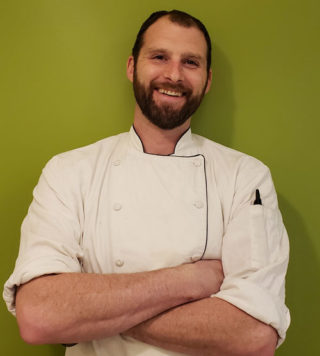 Michael had a passion for food service from a young age. Michael attended the California Culinary Academy in San Francisco where he then began his career at the Michelin starred restaurant Acquerello and then headed to Healdsburg as Sous Chef at Restaurant SCOPA. It was his role as Sous Chef with E&J Gallo that brought together his knowledge of food, local farms, and wine. This year, Michael became the Executive Chef at The Grove Café at Redwood Credit Union.