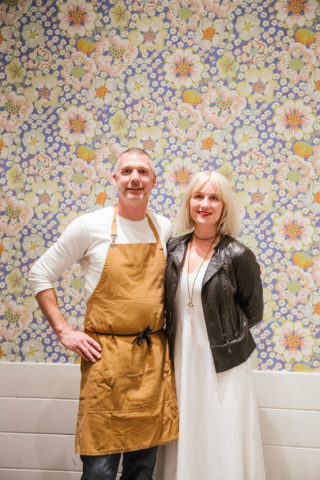 Born in Stockholm, Roberth was surrounded by the delicacies of Scandinavian cuisine and culture since birth. His grandmother served as Garde Manger at the historic Swedish Inn, Ulriksdals Vardshus, and passed down many culinary traditions of Sweden to Roberth through large family dinners, and baking homemade breads together.

Roberth began his professional cooking career at the National Museum of Stockholm under Master Chef Orjan Klein from Restaurant KB, the first Michelin-starred restaurant in Stockholm. While at the museum, he cooked for the Swedish royal family and for a Nobel Peace Prize dinner. He moved to Britain to work as Chef de Partie at Bailey’s, one of London’s oldest hotels. During his tenure, he cooked for Prince Charles at Wimbledon Club.

Upon moving to the U.S., Roberth worked as an Executive Chef for Noble House and appeared on several morning shows in Scottsdale, Arizona. He later moved to Los Angeles where he worked for two years as Chef de Cuisine under Guy Gabrielle at Café Pierre in Manhattan Beach. In April 2008, Roberth moved to Northern California to work as an Executive Chef at a prestigious country club just outside of Lake Tahoe.

Finally, in 2012 he fulfilled his dream of opening his own restaurant, introducing PLÄJ to San Francisco in the summer of 2012, as an innovative concept melding California fare and Scandinavian flavors. PLÄJ is a celebration of local and seasonal ingredients inspired by the rustic flavors and simple elegance of Scandinavian cuisine. Within the first year of PLÄJ’s opening, Roberth Sundell was honored with the Scandinavian Pathfinder award acknowledging his efforts in bringing Scandinavian culture to the United States through the art of food. Today, PLÄJ is listed on the San Francisco Chronicle Top 100 Restaurant List.

Expanding upon the success of PLÄJ, Roberth and his wife Andrea launched their second venture, Stockhome, in downtown Petaluma in 2018: the edible evolution of the Sundells’ culinary experience as well as a dual expression of love of Scandinavian cuisine and the Petaluma area, where the couple is successfully raising their four children. Stockhome was named “Bib Gourmand” in the 2019 Michelin Guide.